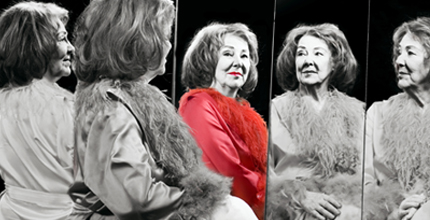 The play introduces us to the matriarch Steingerdur, who is in her seventies, and has invited her two daughters and son in law around for waffles to announce a decision that will leave astound her family. At the beginning of the play, the eldest daughter and her husband are very much in unison, speak in the plural (we) and finish off each other’s sentences. They have no children and during the course of the play it transpires that they are thinking of adopting. The youngest daughter is the single mother of a teenager and is in the midst of an existential crisis after a string of failed love affairs and is thinking of writing a cookery book. The son, who is the mother’s favourite, is an expert in genetic research and lives abroad. Initially, everything seems to be perfectly normal and everyone performs their role, until skeletons start to emerge from the cupboard.

It soon transpires that they’re all out to get something and that there are several unsolved issues in the family. The sisters will neither listen to their brother or mother. The son seems to be the only person who is interested in the mother’s plans. The sisters, on the other hand, regard them as a sign of senility and want to get her into an old folk’s home, sell her house and get their hands on her inheritance, but fear that their brother will hinder their plans. What’s more the son is privy to a family secret regarding their father Adam, who is dead and no-one wants to talk about. There are therefore more sides to all the characters than it initially seems. The younger daughter offers to give her bigger sister an ovary to enable her to have a child, but it doesn’t go down well, and brings out the tension between the two sisters. Cracks are revealed in the relationship between the eldest daughter and the son in law and it turns out that the son, whom the daughters had always believed to be gay, has a girlfriend and is expecting a child.

We also discover that the mother has a more colourful life than the family realised and has many audacious plans for the future. It transpires that she has felt a calling to help orphans and has already sold the house and spent the money on founding an orphanage for girls on the other side of the planet. She has already packed her bags and is going to visit the orphanage. She has also accumulated considerable debt and is going to solve it all by importing hammocks.  The deceased father, Adam, comes into the narrative of the play as a figure who lost money trading shares on the stock market. Whenever he came home from work, he would lock himself into the garage to do some carpentry. But it turns out that carpentry was not his true passion, however.  Adam was a transvestite, who sat at the sewing machine, making beautiful dresses for himself and his wife.

More from this author 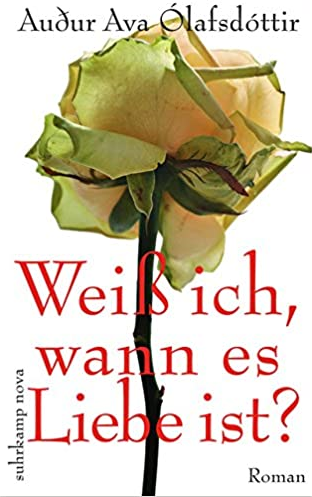