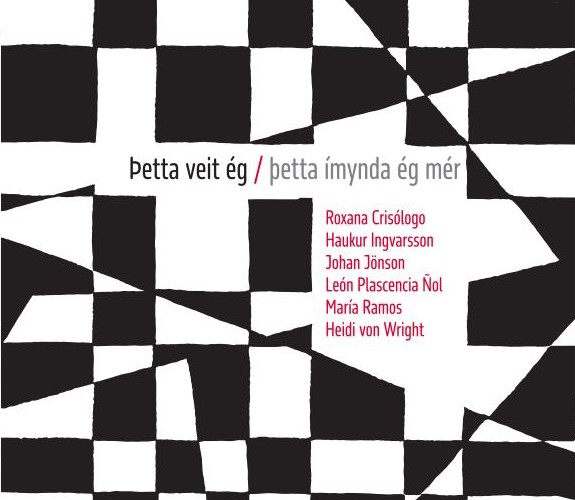 In times of post-pandemic, war and a sense of natural apocalypse, it’s still important to remember that we are human beings, persons, and that we share a common space and that creativity helps us cope with what we experience and what is going on around us. It’s important that the ones who have a history have the right to remember it, for us who live in the presence to have the right to re-create our memories and other poetic materials the way we want and fell the need; and to co-create it and to create our lives and identities according to our own sensibility, culture and language and in relation to our surroundings, past or present.

Autofiction is the thread that weaves together the six poets who participates in this poetry reading. What each of them know and what each of them imagine are the colors that taint the different poetic fabrics and make them unique.

Johan Jönson (Sweden, 1966) is a poet. He debuted in 1992 and is the author of more than twenty poetry collections, some of which have received or been nominated to different literary prizes in Sweden. The double work Marginalia/Xterminalia (2019) was nominated to the Nordic Council Literature Prize. Jönson’s most recent poetry book is Proponeisis (2021).

León Plascencia Ñol (Mexico, 1968) is a poet, fiction writer, editor, and visual artist. He is director of Filo de Caballos editores and NOX Escuela de Escritura Creativa. He is the author of more than fifteen poetry collections and has received various national and international literary prizes. His most recent books are La música del fin del mundo (2020, fiction) and Animales extranjeros (2021). Part of his poetry has been translated into English, French, Korean, Portuguese, Finnish, Swedish, and Icelandic.

Heidi von Wright (Finland, 1980) is a poet, cultural critic, and visual artist. She debuted in 2003 with the poetry collection skör och spräcklig. She is the author of ten books of poetry, and she has received various literatary prizes. Her book Autofiktiv dikt av Heidi von Wright (2020) was nominated for the Nordic Council Literature Prize. Her most recent poetry collection is Solkatt (2022).

Roxana Crisólogo (Peru/Finland, 1966) is a poet, translator, and cultural producer. She is the founder of multilingual literature platform Sivuvalo (now Sivuvalo Platform) and coordinator of NOXLit. She debuted in 1999 with Abajo sobre el cielo and she has published four poetry collections. Her most recent book of poems is Kauneus (La belleza) (2021). Some of her poems have been translated into German, Italian, Finish, Swedish, and Icelandic.

Haukur Ingvarsson (Iceland, 1979) is a poet, writer, literary scholar, and editor of cultural magazine Skírnir. His first book of poetry came out in 2005 and since then he has published poetry, a novel and non-fiction. His poetry collection Vistarverur (2018) won the Tómas Guðmundsson Literary Prize and his latest poetry book, Menn sem elska menn (2021) received Maístjarnan Poetry Prize. His poetry has been translated to numerous languages, including Danish, Norwegian, Swedish, German, Lithuanian, Greek and English and his novel November 1976 to German.

María Ramos (Iceland, 1998) is a poet and writer. She has family roots in Cuba but grew up in Iceland. She has written poetry and stories from childhood and her first book of poetry, Salt, came out in 2018, followed by Havana in 2020. Her poetry has also appeared in magazines and collections, as well as a prize-winning short story. María studies Icelandic and creative writing at the University of Iceland and will graduate in February 2023.