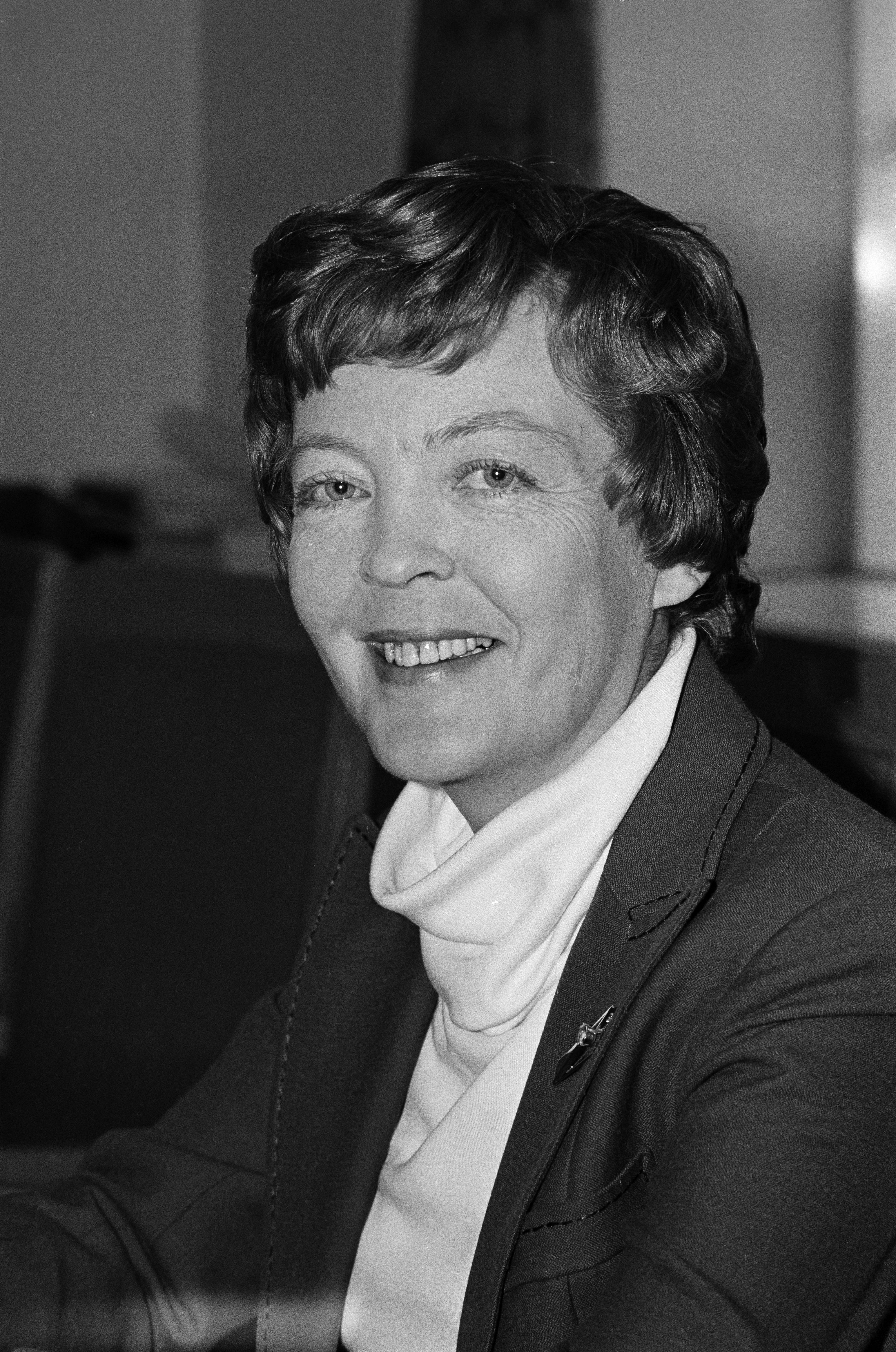 Svava Jakobsdóttir was born on October 4, 1930 in the small town of Neskaupstaður. She graduated from highschool in 1949 and completed a B.A. degree in English and American literature at Smith College in Northhampton in Massachusetts in 1952. Svava was a graduate student in Old Norse literature at Somerville College in Oxford, England, from 1952-1953, and studied Sweedish modern literature at Uppsala University in Sweeden from 1965-1966.

Svava worked for the Icelandic Foreign Ministry and in the Stockholm Embassy from 1955 to 1964. She was a journalist for Lesbók Morgunblaðsins 1966-1969 and worked in the department of broadcasting at the National Radio (RÚV) in 1969-1970. Svava was a member of Parliament for the People’s Alliance in Reykjavík between 1971 and 1979.

Svava was on the board of The Icelandic Writers Association from 1968 – 1971. She has served in a number of public committees, among them a committee for writing a bill on the participation of the state in building and financing Kindergartens in 1971 and in 1973 she joined a committee for a draft of law concerning the Writer’s Salary Fund. She was also on the board of The Icelandic Centre for Research from 1971-1974 and stayed on as a vice member from 1978-1979. Svava was furthermore a vice member at the Nordic Council from 1971-1974 and a member of its board in 1978 and 1979. She was a representative at the United Nations general conferences in 1972, 1974, 1977 and 1982. She was the Icelandic representative in the Committee for Equality of the Nordic countries from 1980-1983.

Svava is one of Iceland’s leading contemporary authors and her short stories, often depicting the lives of women, hold a special place in Icelandic literature. Her first work of fiction was the short story collection 12 konur (Twelve Women), published in 1965. She wrote short stories, novels and plays for theatre, radio and television. She also wrote a number of longer and shorter articles for magazines and newspapers, and produced radio programs.

Many of her best known stories appear in English translations in the book The Lodger and Other Stories, published in 2000 and reissued in 2006.