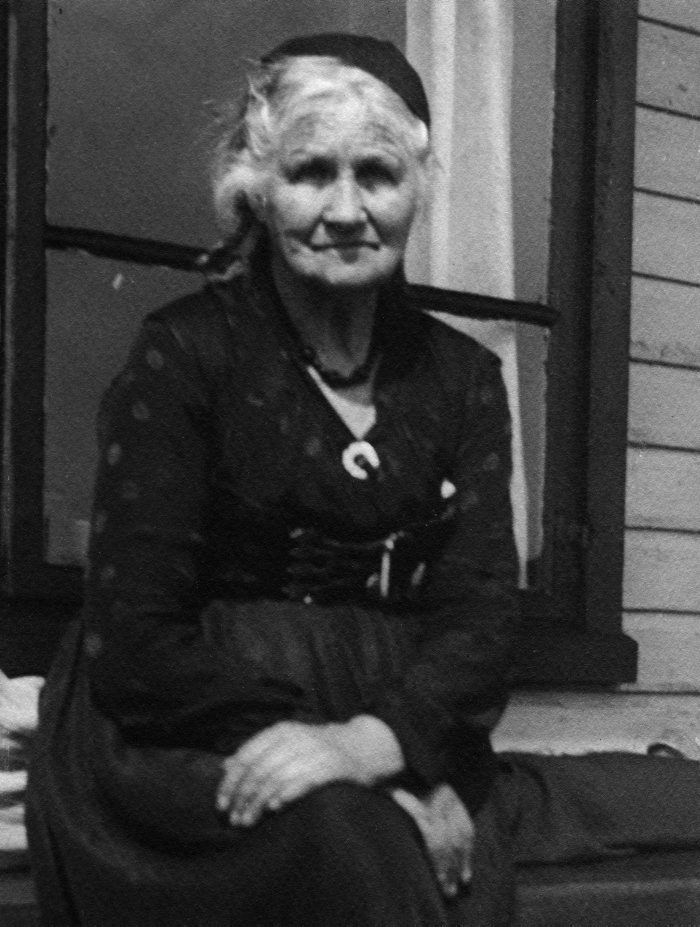 This house, originally in Vonarstræti 12 by the Reykjavík City Lake, was the home of poet Theodóra Thoroddsen (1863-1954). She is one of Iceland‘s best known poets of the so called “thula”, a genre of long poems or enumerations that have their origin in the oral tradition of Icelandic and Nordic poetry. Theodóra renewed this tradition and thus had a part in the recreation of Icelandic poetry in the twentieth century. Many of her poems take themes from Icelandic folklore and Theodóra also wrote extensively about the reality of women, herself being a mother of thirteen.

"In this world it was my work / on days both hot and cold / to wipe kids‘ bums and comb their hair / and race to mend their clothes. / I yearned to leap and run free / like a lamb loosed from its fold"