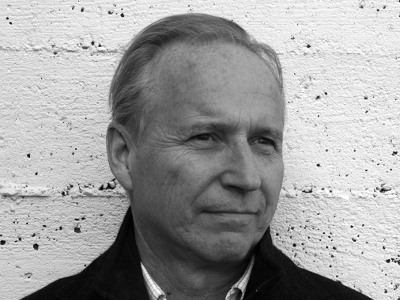 Ari Trausti Guðmundsson was born in Reykjavík on December 3rd, 1948. He is Icelandic on his father’s side, but his mother’s family has roots in Germany, Poland and Austria.

Ari Trausti studied at the University of Iceland and in Oslo, with an emphasis on geophysics and geology. He did research and worked as a journalist, teacher and a guide, as well as being in the travel service, until 1987. Since then he has been a freelancer, and done advice work, given lectures, worked at projects in the travel sector, science teaching and created television and radio programs, as well as being a writer.

Ari Trausti has made numerous radio programs and series, and even more documentaries, programs and series for television, on science, innovation and more. He has travelled widely and hiked several mountains, at home and abroad, for decades and taken groups to Mongolia, New Zealand and Ecuador to name but a few places. He has done much travel in the North, and also done mountain climbing around Europe, Asia and South-America.

His first published work of fiction is the short story collection Vegalínur, which came out in 2002. The book received the Halldór Laxness Literature Prize in the same year. Earlier, Ari Trausti’s short stories and poetry had appeared in magazines and collections. After the first book, Ari Trausti has sent forward books of poetry and novels. In addition to this, he has written books and articles on politics, tourist promotion, environmental issues, geology, volcanology, astronomy and mountaineering. He has also put up exhibitions in his field of expertise, in addition to exhibiting his own art, mostly drawings and water-colours.

2010 - Siðmennt, the Icelandic Ethical Humanist Association: For introducing science to the public

2007 - RANNÍS (The Icelandic Centre for Research): For introducing science to the public

1999 - Aurelio Pecei Award (Italy): For his environmental work and dissemination of nature and science issues, especially for young people

1999 - Pálsvarðan: For introducing land and nature to the public